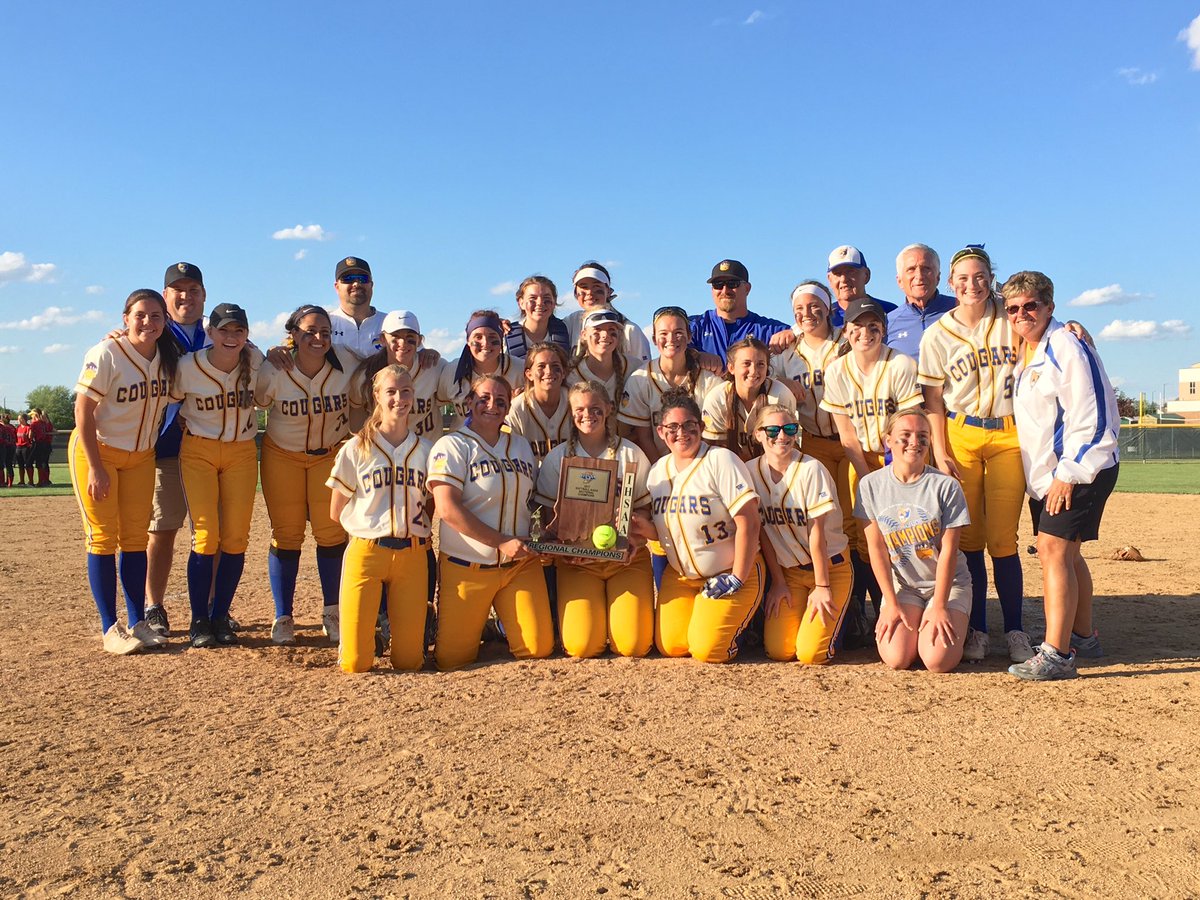 The Greenfield-Central Cougars and New Palestine Dragons both won softball regional championships Tuesday night, giving the Hoosier Heritage Conference teams in both the Class 4A and 3A Elite Eights.

Greenfield-Central beat host Lawrence North 10-0 in the 4A regional Tuesday evening, with Morganne Denny hitting a two-run homer and driving in three runs and Michala Ballman throwing a shutout. The Cougars advance to face Avon at 11 a.m. Saturday in the 4A Bedford North Lawrence semistate, with Center Grove and Gibson Southern meeting in the other semifinal. The Cougars (23-6) won their third regional in school history and first since 2010.

New Palestine beat Lebanon 8-1 in a rematch of last year’s Class 3A regional. The Dragons’ Michaela Jones and Emily O’Connor each blasted homers in the contest. O’Connor had three hits and drove in five runs. Elisha Barker scattered six hits to get the pitching win. The Dragons (28-2) won their eighth regional title in school history and first since 2011. They will face Edgewood at 11 a.m. Saturday in the 3A Jasper semistate. Evansville Memorial and Silver Creek will be the other two competitors.

Shelbyville won a third sectional title for the HHC, but fell 14-2 to Center Grove in Tuesday’s regional.