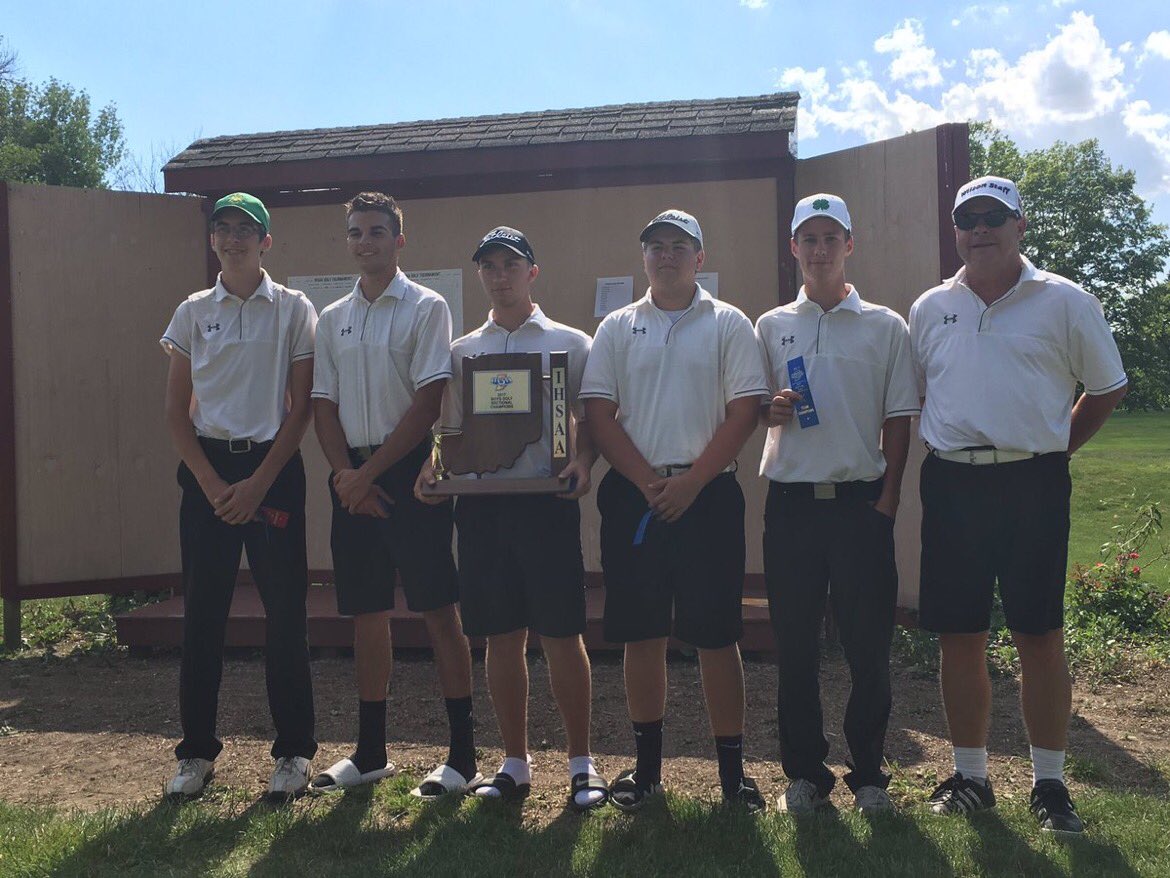 New Castle won the Greenfield-Central sectional title by one stroke.

Delta shot a team score of 324 to win the Monroe Central sectional at Hickory Hills in Farmland. Joseph Tempest of the Eagles was the individual sectional champion with a 78. Brice Wuthrich shot 80 to finish third overall in the sectional, while the Eagles’ Tyler Jobe shot 81 to finish fourth overall. Yorktown’s Alex Bratton shot an 83 to advance as an individual. The Tigers finished fourth.

New Castle shot 309 to win the Greenfield-Central sectional at Hawk’s Tail in Greenfield. The Trojans beat Mt. Vernon by one stroke, while New Palestine shot 341 to finish third.  New Castle’s Brady Wheeler was the individual sectional champion with a 71, one stroke ahead of teammate Spencer Stewart. Mt. Vernon’s Oliver Mast and Will Dant tied for third with 75s. New Palestine was led by Quinn Dobbins with a 78. Shelbyville was fourth and Greenfield-Central seventh at Hawk’s Tail.