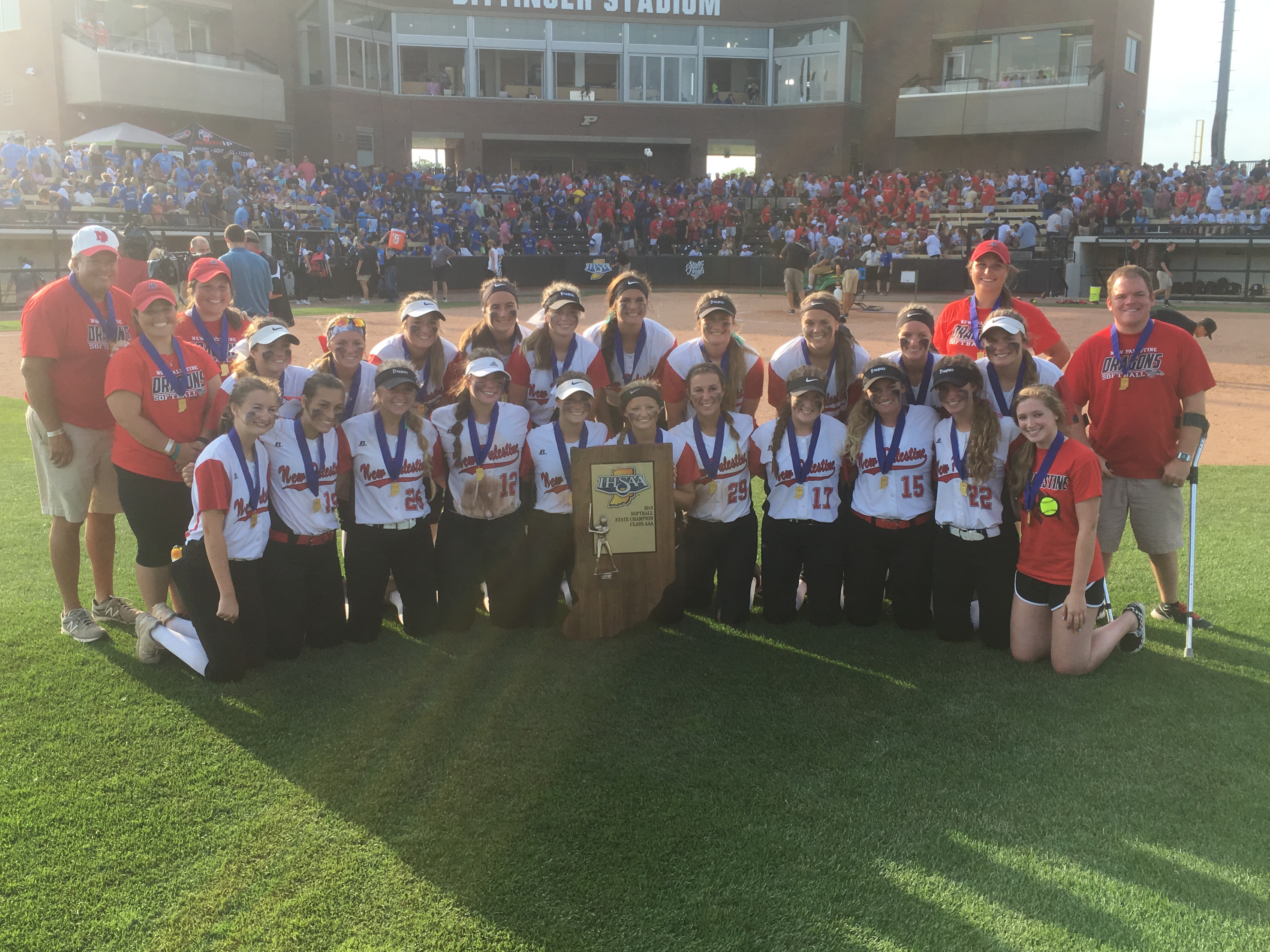 Michaela Jones’ third-inning two-run bases-loaded double followed Emily O’Connor’s RBI single to give the Dragons all the offense they would need.

Michaela Jones was 3-for-3 in the contest. O’Connor was 2-for-3, giving the Dragons five of their eight hits. Mackenzie Jones, TeTe Hart and Ashley Prange also had hits for New Palestine.

Senior Mackenzie Jones scattered five hits and struck out seven in a complete-game victory. She allowed only one hit after the third inning, when the Indians put together back-to-back hits to score their only run.

The Dragons finish the season 30-1, their second straight 30-win season. They join the 2004, 2008, 2009 and 2017 New Palestine teams as state champions. The victory gave NP its seventh state title as a school. In addition to the five softball titles, NP won a baseball championship in 2004 and a football title in 2014.

The victory is the 18th to be won by an active Hoosier Heritage Conference member, and the 28th overall to be won by a school currently in the HHC. It is the sixth HHC softball state title. In addition to New Palestine’s five titles, Mt. Vernon won the 2A state title in 2000.

Championships won by current HHC members before joining the conference (10)