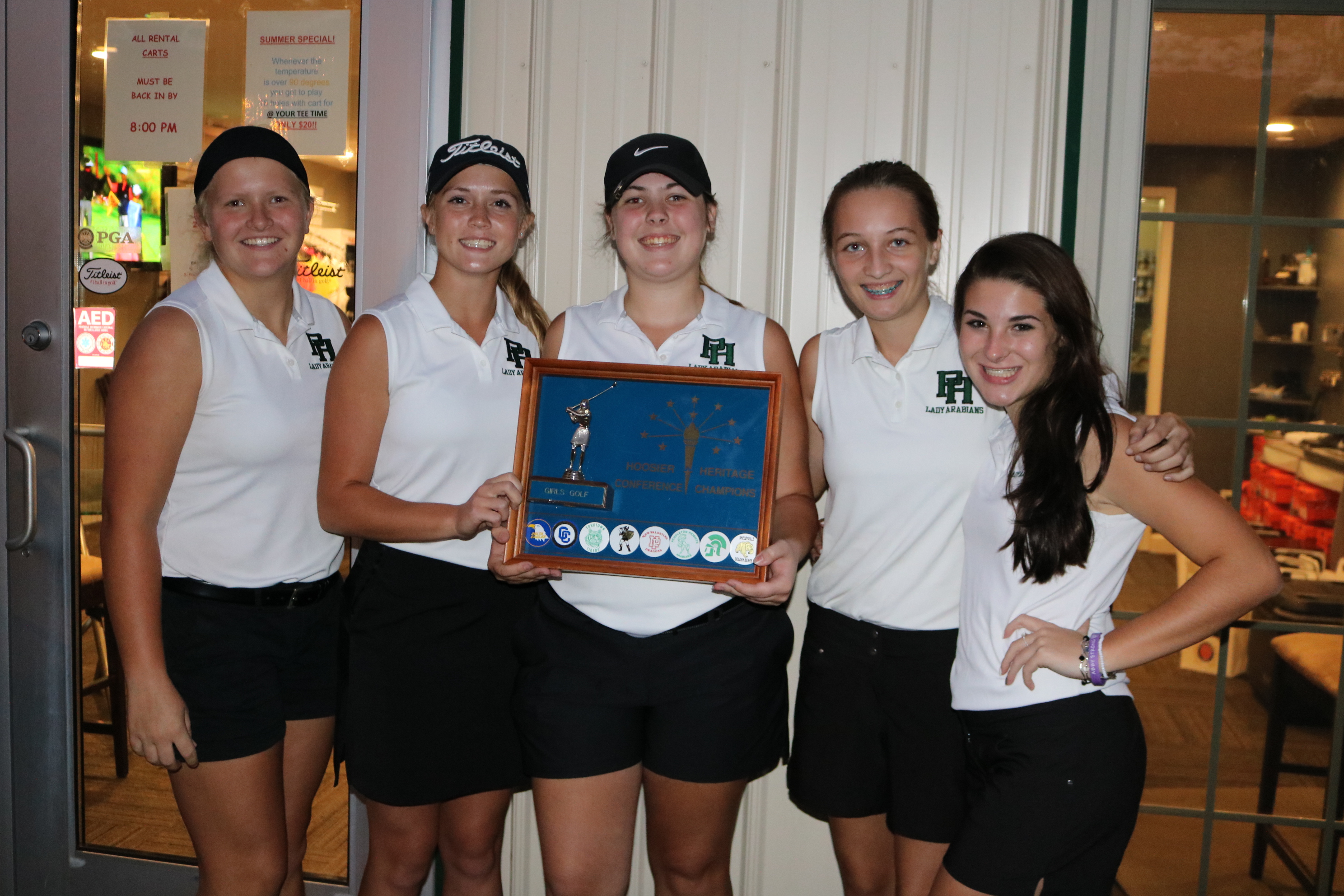 New Palestine’s Annaliese Fox was the conference individual champion, shooting a 38. She won by two strokes over Annie Gillock of New Castle.

The meet was originally scheduled for Saturday, but postponed to Tuesday and shortened to nine holes due to heavy rains.