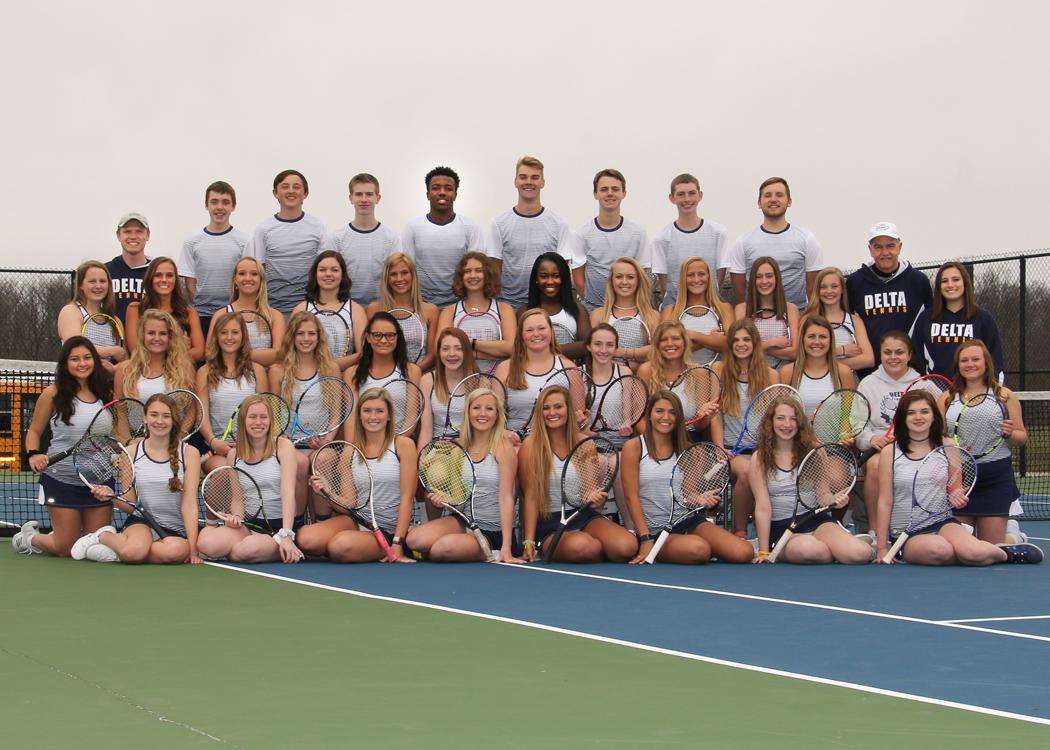 Delta won each match with a 5-0 mark.

The Eagles also won their ninth consecutive HHC title. Since joining the HHC in 1997-98, the school has won the conference girls tennis title every year except 2009.

The Eagles (15-3) are also one of two HHC schools to win their respective sectional titles. Mt. Vernon (17-3) also won a sectional title. It was Delta’s ninth straight and 26th in the last 27 years. MV won its fifth straight sectional and eighth in its last nine years.

This year’s Delta squad is led by junior Ellie Snider, an All-State singles player from a year ago. She is 15-6 this season so far.  Her sister, senior Emma Snider, owns an 18-3 record at No. 2 singles after being All-State doubles last season.  Freshman Tynan Dishman is 17-4 at No. 3 singles.

Seniors Lexie Manor and Grace Belangee are 18-3 in their first season together at No. 1 doubles. The Eagles also are 18-3 at No. 2 doubles, where senior Kortney Helm, junior Mayzie Hinkle, and freshman Maggie Manor have shared time all season.

HHC baseball/softball reports for May 21