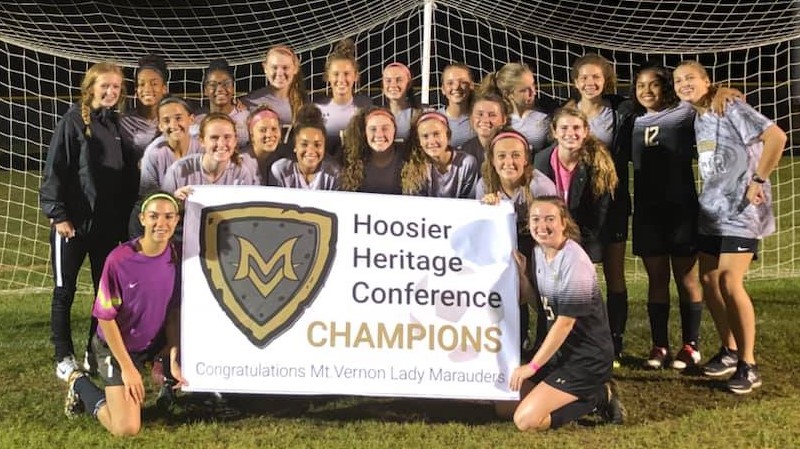 Five players from Hoosier Heritage Conference champion Mt. Vernon lead the All-HHC girls soccer team, which was chosen this week by a vote of the HHC coaches.

The three runners-up – Greenfield-Central, New Palestine and Pendleton Heights – each had four players on the 23-person team.

MV’s Steve Williams was voted Coach of the Year.